No hidden costs. Taxes and duties are included, so no extra cost in addition to what you see in the checkout. We ship from our storage worldwide and deliver normally within 3-5 business days in Europe and US. In any other country, deliver time can be 1-2 days more. *Free shipping only applies to purchases over 200 USD/EURO or 1000 NOK/SEK.

We bought the bike cart as a year-round package in the autumn of 2012. So far it’s mainly been used as a sled, tried out a little as a bike trailer, and we’re looking forward to using it a lot this summer! As a sled it is really good! It hasn’t overturned, even though we’ve pulled it across fairly steep inclines and depressions. It’s easy to pull, and there’s space for quite a lot behind the seats. It’s great that it can be opened at the back so that we avoid waking up the small one who often falls asleep on trips. It’s also a boon that the kids are a bit above the ground, and that they can be protected from cold wind and snow in the winter. The 4-year-old middle kid has also been allowed to relax when he’s too tired, has worked perfectly! Having a handle at the back is good so that he can hang on if he thinks we’re skiing a bit too fast up ahead.
So far, we’re really pleased with our cart, and we’re going to be using it a lot this summer!
ps. Great service as well – really nice people when you get in touch
Ann-Helen Haukebøe Eikeland 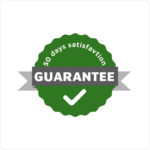 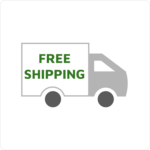 Get FREE tips, advice and news right in your inbox.

We use cookies on our website to give you the most relevant experience by remembering your preferences and repeat visits. By clicking “Accept All”, you consent to the use of ALL the cookies. However, you may visit "Cookie Settings" to provide a controlled consent..
Cookie SettingsAccept all
Manage consent

This website uses cookies to improve your experience while you navigate through the website. Out of these, the cookies that are categorized as necessary are stored on your browser as they are essential for the working of basic functionalities of the website. We also use third-party cookies that help us analyze and understand how you use this website. These cookies will be stored in your browser only with your consent. You also have the option to opt-out of these cookies. But opting out of some of these cookies may affect your browsing experience.
Necessary Always Enabled
Necessary cookies are absolutely essential for the website to function properly. These cookies ensure basic functionalities and security features of the website, anonymously.
Functional
Functional cookies help to perform certain functionalities like sharing the content of the website on social media platforms, collect feedbacks, and other third-party features.
Analytics
Analytical cookies are used to understand how visitors interact with the website. These cookies help provide information on metrics the number of visitors, bounce rate, traffic source, etc.
Advertisement
Advertisement cookies are used to provide visitors with relevant ads and marketing campaigns. These cookies track visitors across websites and collect information to provide customized ads.
Others
Other uncategorized cookies are those that are being analyzed and have not been classified into a category as yet.
SAVE & ACCEPT
Powered by